Cabernet Sauvignon, Merlot and Graševina, produced by Vina Belja, won gold and silver medals at Mundus Vini, and Pinot Noir won a gold plaque of the European Federation of Biotechnology in Bol

Vina Belje is one of the most significant producers of Graševina, the most important Croatian wine variety whose quality has been increasingly recognized by consumers around the world. This fact is confirmed by the new medal won at the world’s largest wine competition – Mundus Vini in Germany. Apart from Graševina, Vina Belje also has an excellent terroir for red grape varieties, as evidenced by the gold medal and the title of the best red wine in Croatia, won by Premium Cabernet Sauvignon – harvest of 2009, produced by Vina Belje and Premium Merlot – harvest of 2012.

Belje’s red wines have also won awards at national evaluations. At a doctoral meeting of the European Federation of Biotechnology (EFB), held in Bol on the island of Brač, well-known professors evaluated some of the best Croatian wines, and Pinot Noir – harvest of 2012, produced by Vina Belje, was declared champion in the category of Pinot Noirs.

These awards confirm great potential of Baranja and Croatian Danube Region when it comes to production of exceptional and authentic wines that delight connoisseurs around the world, so it is not surprising that certain evaluators compare Baranja to Bordeaux.

As Suzana Zovko, oenologist from Vina Belje pointed out: “Since ancient times, Croatian Danube Region and Baranja have been wine-growing and wine-making regions. We have numerous natural advantages – two large rivers, the Danube and the Drava, an abundance of sunshine, fertile soil, as well as experienced winegrowers and winemakers who create authentic wines that are special, memorable, and keep our customers coming back for more.”

According to the oenologist’s recommendation, this autumn it is best to serve Cabernet Sauvignon with venison dishes, Merlot and Pinot Noir with delicious meat roasts and Graševina with roast suckling pig. 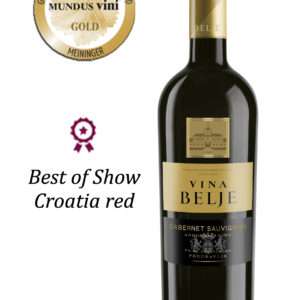 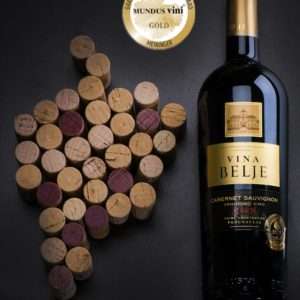