This fall, our well-known selection of ABC Fresh Cream Cheeses has been refreshed with the introduction of the new ABC Fresh Cream Cheese Junior, accompanied by an appealing packaging design with a smiling cow on the lid. Since regular consumption of milk and dairy products plays an important role in children’s diet, Dairy Plant Belje, which has been producing an internationally recognised product – ABC Cream Cheese for more than thirty-five years, made sure that nutrient-rich meals taste even better. On the occasion of the 17th World School Milk Day, traditionally celebrated on the last Wednesday in September, Belje presented its new product created for children – ABC Fresh Cream Cheese Junior.

Containing only milk, cream and a touch of sea salt, the new ABC Cream Cheese for children is a natural source of proteins and calcium, whose nutritional value meets all daily nutrient requirements necessary for proper functioning of the child’s body. Apart from the fact that calcium and proteins from the ABC Cream Cheese Junior contribute to children’s bone strength and balanced diet, they also encourage tissue formation, growth and well-regulated secretion of hormones and other physiologically active substances.

World School Milk Day was founded by the World Food and Agriculture Organisation of the United Nations (FAO) and every year, Belje participates in the celebration of this important day, with the aim to educate people on the importance of introducing regular meals containing dairy products into children’s diet. 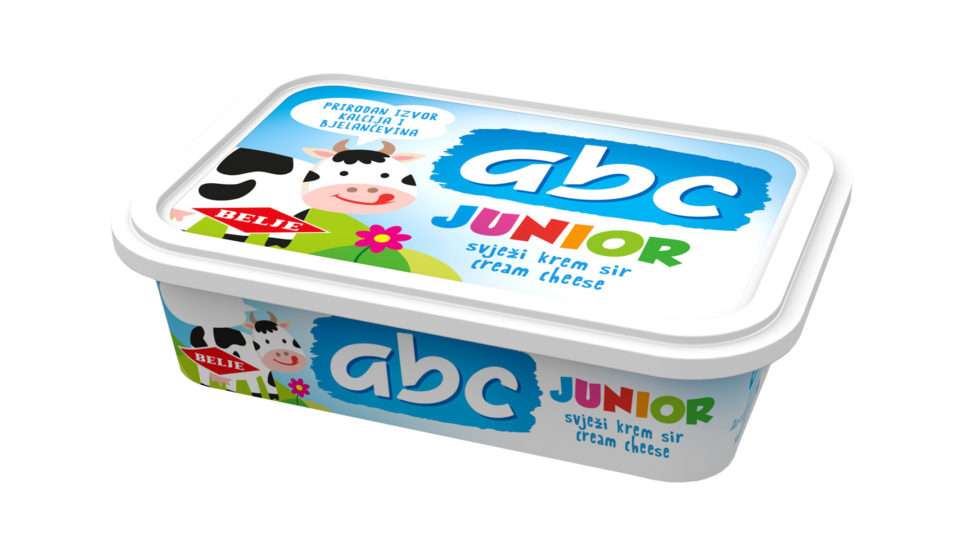