Plodovi zemlje is one of the most successful and longest-running programmes on the Croatian Radiotelevision, and also among the highest rated ones. In today’s 2085th episode, special emphasis was placed on livestock and dairy farming, with main topic being the signing of the agreement between Fortenova and Meggle on purchasing the assets of Meggle dairy plant in Osijek.

During his appearance in Plodovi zemlje, Andrej Dean, Fortenova Group’s Executive Director for Agriculture, and Chairman of the Board of Belje plus, confirmed the continuation of production in the Osijek dairy, as well as the continuation of cooperation with the subcontractors who have been delivering their milk to Meggle. The subcontractors expressed their satisfaction with the fact they would be offered new contracts, valuing the importance of such a step not only in terms of keeping their production alive, but also in terms of providing financial security for their families.

As Mr. Dean pointed out, “We want to build a better and brighter future with our subcontractors – future in which their costs of milk production will be lower, their competitiveness better, and, consequently, their earnings higher. Then they will be able to think about further investments in herd renewal and increasing milk production in Slavonia.”

According to statistical data, almost a third of milk produced in Croatia comes from Osijek-Baranja County. Although domestic milk production has decreased significantly in the last 10 years, new data show that the drastic decline has stopped, so dairies hope that the sector will recover in a few years. Dairy industry is one of strategic agricultural sub-sectors in all EU countries, and the importance of domestic milk production is best illustrated by the fact that we import half of the milk and dairy products consumed in Croatia.

Regarding the continuation of milk production in the Osijek dairy, Mr. Dean said, “We are pleased to have signed a contract with Meggle. During the negotiation process, we conducted an in-depth analysis of the resources of the Osijek dairy, since we also have a dairy plant in Beli Manastir and deal with dairy production. Belje produces ABC cheese spread, one of the strongest regional brands, half of the total production of which is intended for the domestic market, and half for export. We have both the experience and tradition, our people possess the skills and know-how required to produce high quality dairy products, so it is only logical that the first investment of the Fortenova Group be precisely in the production of dairy products.

At the moment, when it comes to milk production, we are cooperating with 60 subcontractors, and Belje has more than 300 subcontractors altogether. We are not looking to offer just a transactional relationship to our future subcontractors, but also to offer them consulting and assistance in improving production, in order for them to understand that this type of production functions according to specific principles. Those who produce better quality milk receive additional premiums, so everyone is motivated to produce top quality milk and lower their production costs. In addition, we have experts working on our farms who can assist the subcontractors with their knowledge and experience.

The fact that the existing human resources at Meggle are very good is something we find important and we are planning to keep them on. We also greatly value our cooperation with the Faculty of Food Technology in Osijek, a source of young talents, so we believe that a bright future lies ahead.

Host Vlatko Grgurić was also interested in the announced amendments to the Agricultural Land Act, as regards which Mr. Dean pointed out, “Farmers should not be considered in terms of their size, but in terms of being able to produce more and bring added value to agricultural production. Agricultural Development Strategy should be Croatia’s priority, and the Agricultural Land Act should be harmonized with it. There are certain crops that we must insist on and that are important for our self-sufficiency. We must also invest in irrigation because less than 2% of arable land is currently irrigated. We need to find a healthy ratio that would enable us all to survive and produce local food. We have great plans for agriculture and we believe in the future of rural development in Croatia.” 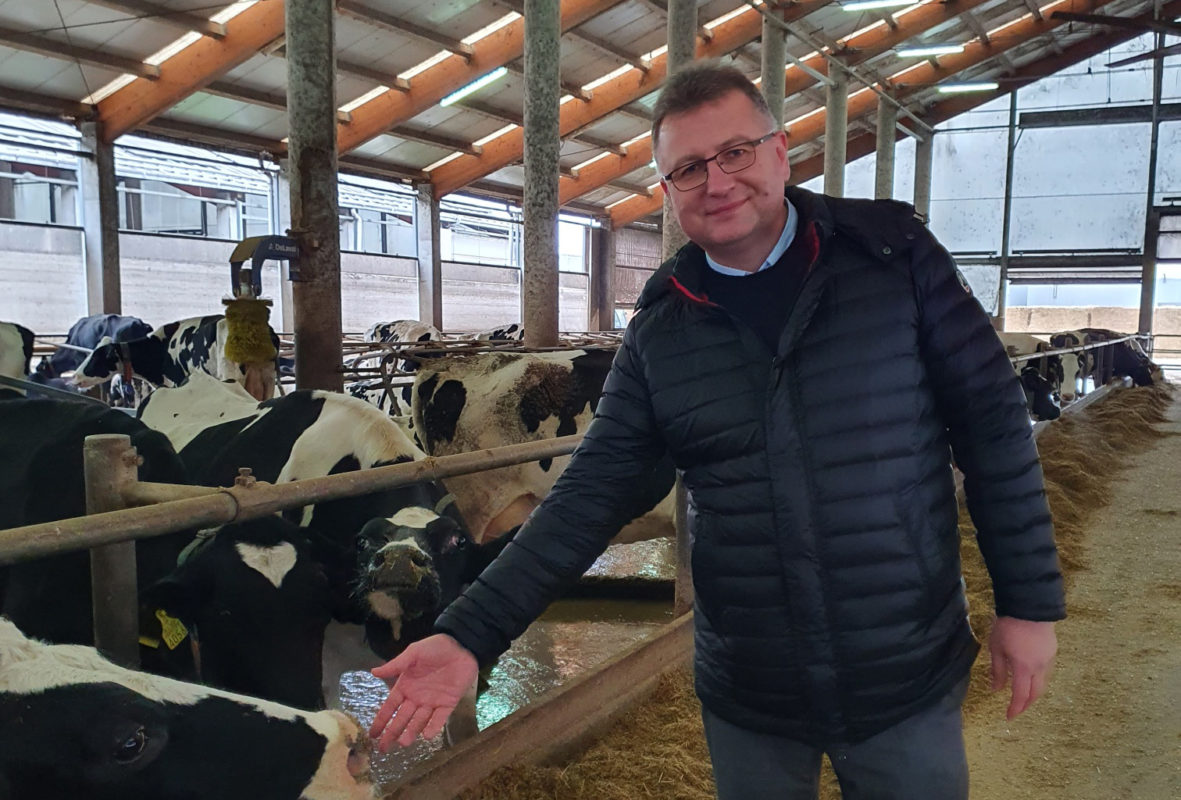