Mitrovac farm, one of the biggest dairy farms in Croatia, has recently hosted a workshop aimed at educating European Holstein breed cattle judges. This was the first time that this workshop, held every two years in another country, was organised in Croatia, gathering about 30 judges from 12 European countries. Majority of the judges are included on the international list of Holstein cattle judges, created by the European Holstein and Red Holstein Confederation (EHRC), and they are regularly engaged by the world’s largest dairy cattle exhibitions to participate in cattle evaluation.

The workshop was organised by the Croatian Federation of Holstein Cattle Breeders Associations, Croatian Agricultural Agency and Belje, acting as the host and a member of the SUHUH, with the aim to exchange experiences and latest information on the European philosophy of cattle judging, with special emphasis on practical work. The main goal of the organisers was to open a debate between the judges and cattle breeders on all the aspects of cattle judging.

Mitrovac farm, with total capacity of 2,000 head of cattle, was chosen for the practical part of this workshop on judging, which involved evaluation of top 30 cows and heifers, one of which was to become the champion. The farm was started in early 2015, and is now part of the agricultural complex, which, apart from the farm, comprises a biogas power plant and a greenhouse for tomato production. It is one of the largest investment projects in Croatian agriculture, worth 220 million kunas, and it represents a continuation of the process of traceability in Belje production and part of the from-farm-to-fork strategy. It took a little more than a year for Mitrovac farm to become the main base of milk production in Belje, procuring sufficient quantities of locally produced milk and securing the growth of ABC Fresh Cream Cheese production – Belje’s most important export product.

General Manager of Belje, Mr Davor Bošnjaković, took this opportunity to say: “Belje is an agricultural and a food producing company, which uses its own local resources from our local arable fields, farms and vineyards, in order to create and manufacture its products. It is an enormous pleasure to be able to present our greatest potentials in milk production to foreign Holstein cattle experts. Today, in Mitrovac, Belje, together with the Croatian Federation of Holstein Cattle Breeders Associations and Croatian Agricultural Agency, has a chance to present Croatian agriculture and its achievements.” 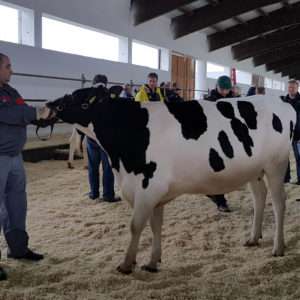 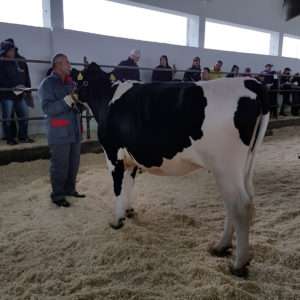