Cheese and milk spreads are purchased regularly by nearly 80 per cent of households, and almost half of them choose ABC Fresh Cream Cheese

Two-thirds of Croatian citizens eat breakfast every day, and even those who do not eat the first meal of the day on a regular basis are well-aware of its importance. Nine out of ten citizens have confirmed that breakfast is important. At the same time, nearly 80 per cent of households purchase and consume cheese spreads regularly, their first choice being ABC Fresh Cream Cheese. These are the most important results of the survey on breakfast habits of Croatian citizens, conducted by the market research agency Hendal. The survey was conducted in September 2016, and it involved 1,000 participants.

That breakfast is an indispensable meal for every child is confirmed by the fact that 94 per cent of children have breakfast every day and that almost all the parents of children under the age of 14 have acknowledged they perceive breakfast to be of vital importance. According to what their parents said in the survey, breakfast of children up to the age of 14 most often contains cereals, porridge, different corn flakes and milk, which is closely followed by cheese and milk spreads – the favourite choice of every third child.

A new product that Belje introduced this autumn, further enriching its offer – ABC Fresh Cream Cheese Junior – is intended precisely for children. Packed in appealing packaging with a small smiling cow on the lid, ABC Cheese for children contains only milk, cream and a touch of sea salt. Spread on a slice of whole-grain bread, it makes a perfect breakfast for every child, but you can also combine it easily with your little gourmand’s favourite dishes and make your creamed spinach or vegetable soup taste even better with a touch of this ABC Cheese intended specifically for children.

Hendal’s survey has shown that as many as 84 per cent of citizens believe milk products to be an important source of calcium and proteins. ABC Cheese Junior is a natural source of precisely these nutrients, which means that its regular consumption at breakfast helps meet all daily nutrient requirements necessary for proper functioning of the child’s body. Calcium and proteins from ABC Fresh Cream Cheese Junior contribute to children’s bone strength and balanced diet, encourage tissue formation, growth and well-regulated secretion of hormones and other physiologically active substances, while its low salt content will surely help in the preparation of nutritious yet delicious meals. 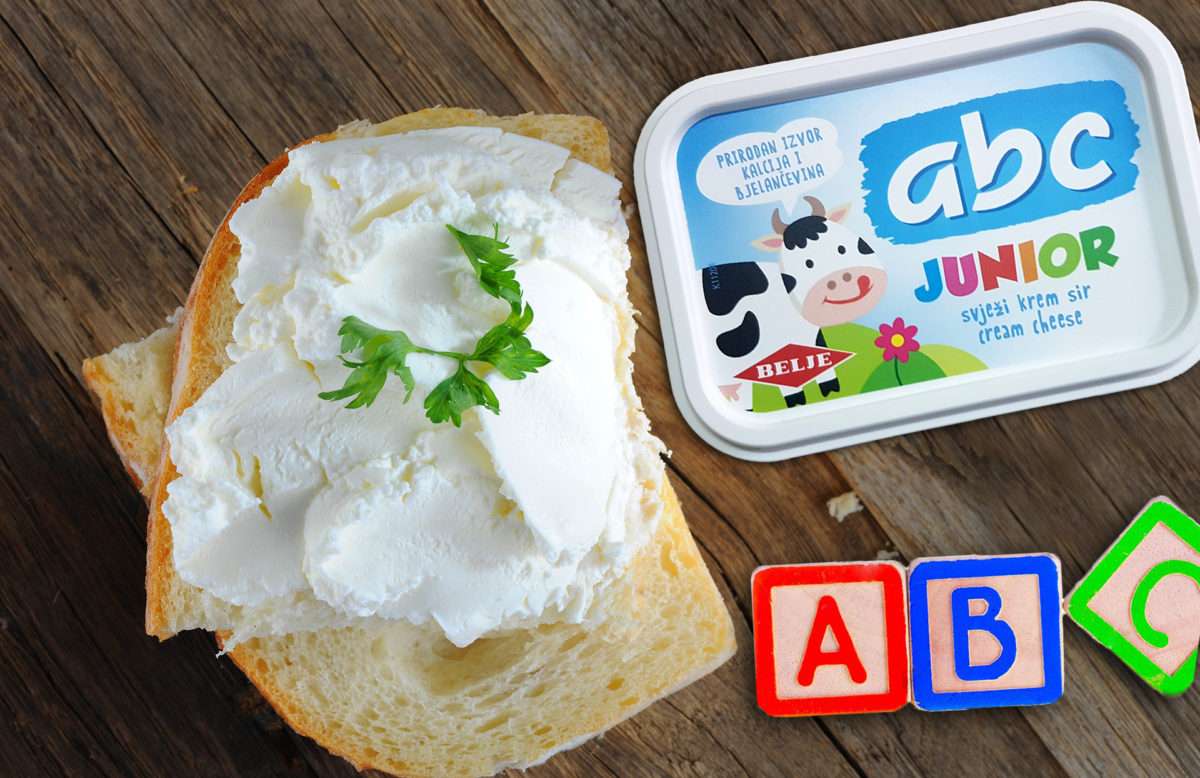